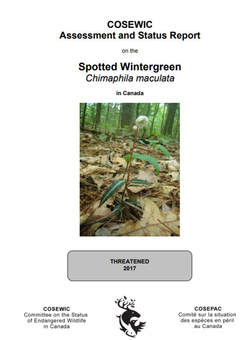 August 27, 2018. Just noticed the new COSEWIC status report for Chimaphila maculata is out. One of my favourite southern Ontario woodland species - and that's my photo on the cover! 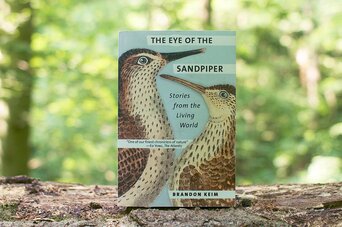 August 15, 2018. What a pleasure to review Brandon Keim's book "The Eye of the Sandpiper: Stories from the Living World". I highly recommend it! 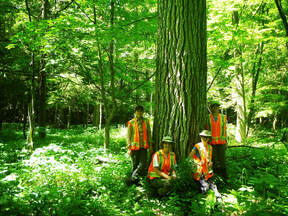 August 3, 2018. Just back from more woodland plant surveys on private lands in southwestern Ontario. Congratulations to our field crew who persevered through heat, ticks, and wood nettles, and discovered many new occurrences of rare plant species. THANK YOU to the landowners who welcomed us to their properties. Your plant lists will be typed up and mailed out as soon as possible! 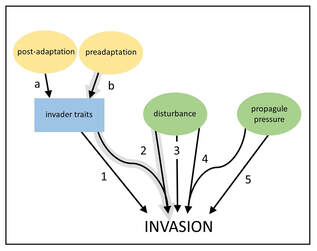 July 8, 2018. Our review paper on the "Neolithic Plant Invasion Hypothesis" is available in early view here. It seems to make sense that plants adapted to thousands of years of grassland management in Europe would be the ones to invade when this style of grassland management was introduced outside of Europe, along with seeds. We ask what kind of evidence is needed to support this hypothesis. 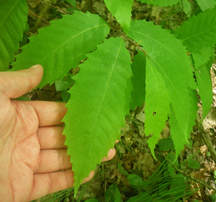 June 2, 2018. The Chestnut Blight is a fungal disease that has killed millions of trees in North America. Even though the blight is found everywhere across the range of chestnut in southern Ontario, we found some landscape and climatic factors that were correlated with blight infection  over 14 years.

You can read our new article here
​

March 6, 2018. Hot off the press! Our paper on what regulates freshwater fish diversity - based on data from over 700 lakes in Ontario - came out today in Nature Communications. You can read it here. 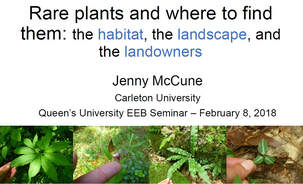 February 6, 2018. Headed down the road to Queen's University to give a talk for the Ecology, Evolution, and Behaviour seminar on Thursday. 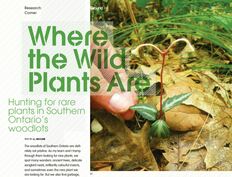 November 3, 2017. Ground Magazine has featured a piece I wrote about my rare plant work in the Research Corner section of their Fall 2017 Issue. You can read it here.

Thanks to editor Lorraine Johnson for inviting me to contribute! 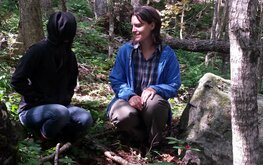 August 30, 2017. Filming a segment about wild ginseng (Panax quinquefolius) for the amazing educational series Our Incredible World, at an undisclosed southern Ontario location. OIW investigator Tabitha is hiding out from the mosquitoes between takes! Thanks to Pinegrove Productions for this project that will help kids learn about species at risk in Ontario, including PLANTS. 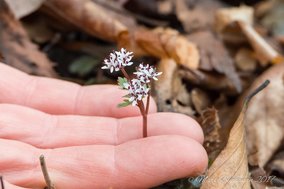 ​May 13, 2017. Back in the field for more plant surveys! I finally got to meet the tiny, beautiful Harbinger-of-spring (Erigenia bulbosa) - thanks to sharp-eyed landowners and naturalists Mark and Roberta Buchanan. That's Mark's photo to the right.
​ 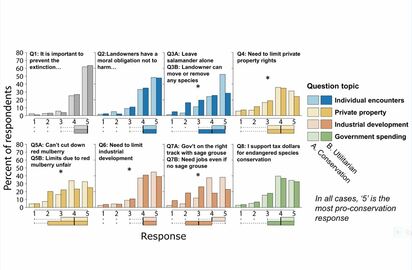 February 23, 2017. New paper out today - Liber Ero project to find out how Canadians REALLY feel about protecting endangered species. They're committed in principle, but worried about property rights and jobs. Check it out here. 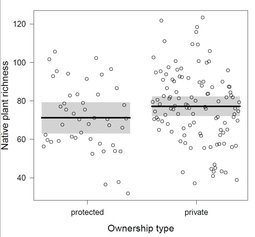 ​February 20, 2017. New paper out in Landscape Ecology: once forest history and landscape context are taken into account, privately-owned forests in southern Ontario have just as many native plant species and are equally likely (sometimes more likely!) to support plant species of conservation concern. Read it online here.
​
​​
January 11, 2017. What's the big picture for plant diversity? New review paper I co-authored is online at Annual Review of Plant Biology. 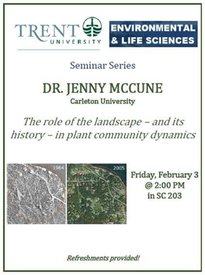 February 3, 2017. Delighted to be giving a talk for the Environmental and Life Sciences Seminar Series at Trent University, 2:00 PM.
Link here.

January 5, 2017. Ontario's 5- year progress report on the status of the endangered Wood Poppy is out here - with lots of photos I took and a summary of my work with the species.

​
November 24, 2016. New paper out today in Journal of Rural Studies reports on our in-depth interviews with Ontario landowners about the conservation of endangered species.
Check it out here!
​ 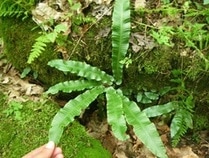 September 5, 2016. Happy to be joining the Bennett lab at Carleton University!
​
June 21, 2016. New paper out today in the Journal of Applied Ecology, here. You can read the paper, or check out the short version at the Journal's blog! 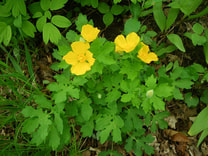 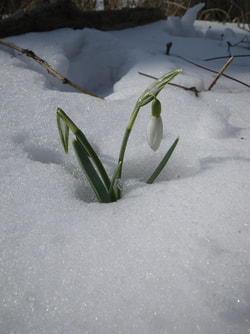 September 16, 2015.  My latest blog post is up on the Liber Ero blog.  Yes, I use the term "creatures" to describe plants.  I want to challenge people to think of plants as more than just a green background and forage for animals!


July 25, 2015.  Last week we finally caught a glimpse of the graceful broad beech fern (Phegopteris hexagonoptera). This fern is listed as a species of special concern and less than a third of its known historical locations have been confirmed in the last 20 years.  We found a small population in a beautiful privately owned oak-maple forest in Niagara county.


May 13, 2015.  Mertensia virginica (Virginia lungwort or Virginia bluebells) is a rare plant in Ontario, with fewer than 80 known occurrences, but in some parts of Haldimand county it seems to grow like a weed!

February 3, 2015. New blog p﻿ost about my work on understanding long-term vegetation change, Putting together the biodiversity puzzle, is up on the Beaty Biodiversity Museum website, here.

January 23, 2015.  New paper out in Oecologia online first:  over 40 years we can predict which plants will colonize an area based on their characteristics and the conditions on the landscape.  But it's much harder to predict which species will die out.  Is this a case of extinction debt?

January 6, 2015.  Check out my post on historical ecology for the Nature Conservancy of Canada blog here.

December 29, 2014.  My research using phytoliths to document the long-term history of forests and savannahs on Vancouver Island is featured in the Beaty Biodiversity Museum's Researchers Revealed.

December 1, 2014.  Check out an article I wrote for the Hamilton Naturalist's Club publication, The Wood Duck, here.  Hunting for rare woodland plants:  in order to conserve them, we need to find them!

July 4, 2014.  JACKPOT!!  This week we discovered a healthy-looking new population of Green Dragon during one of our rare plant surveys!!

July 3, 2014. One of the landowners we visited last month wrote up a piece about the project in a local newsletter:


Check out the Liber Ero blog on conservation-related issues, to which I'll be contributing!